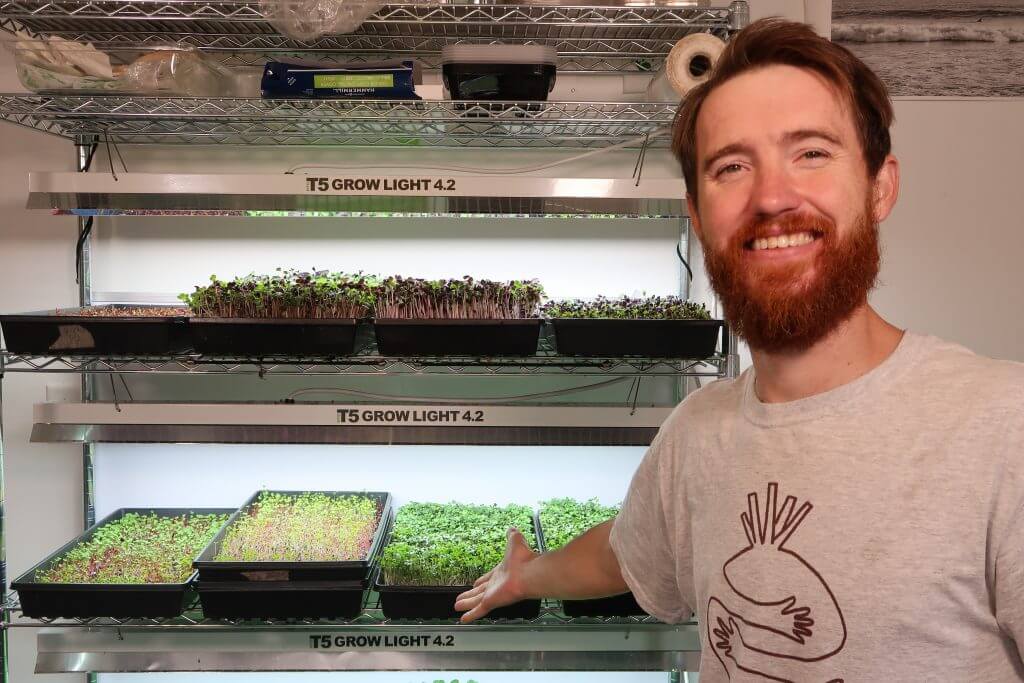 Gardening is a fun hobby for millions of Americans – even urban farmers growing tomatoes on their terraces. For Nate Dodson, this hobby turned into a business beyond his wildest dreams.

While working as an ecological field restoration worker, Nate worked with the land, spraying invasive plants with herbicide to renew the land. Still, long hours, early mornings, and occupational hazards like tick bites made him grow to hate it. He wanted a way out of that lifestyle and into something that allowed him more time with his wife and daughter – without the early mornings and clothing soaked in herbicide.

During the transition between working long, hard hours for little pay, Nate began struggling with depression and health issues, especially flare-ups with Crohn’s disease. His passion for the environment and gardening was a natural opening for starting his farm, Hugs Urban Farm, in 2015 to supplement his income and find foods that could help him feel better. He began farming microgreens and other crops for the local farmer’s market and sold $400 a week.

Nate hit the sweet spot with his business. Not only was his microgreens business thriving in person with his bike-based farmer’s market stand – dubbed the “salad cycle” – but his online life was growing as well. He started a channel, Microgreens Farmer, in 2016 to share tips and tricks with other want-to-be urban farmers.

One day, Nate signed up for a webinar on urban farming and watched in awe as dozens of people purchased a course at the end. With the success of his YouTube channel, he knew he could create the same kind of excitement with a course on microgreens.

“I wrote in my business plan ‘find something I can teach’. Because that guy just made $30,000 with a webinar,” Nate said.

A fresh idea began to grow.

Scaling His Farm – Online and Off

Healthy living and organic food was having a moment, and judging by his success in person and the excitement he saw on the urban farming webinar, he felt like the moment was right.

“There was a huge demand for this, and no one was filling the demand. I jumped right in,” Nate said.

Nate had found so much success in selling his microgreens at farmer’s markets that he designed a course to help others do the same thing. His course shares how others can grow thousands of dollars’ worth of microgreens to sell to customers directly or through farmer’s markets using very little money and space.

Once his course was completed, Nate began his marketing by writing a short eBook about growing Microgreens. He created an opt-in page for the eBook and used it as a call-to-action on his site, in his content, and on his YouTube channel videos. With these simple steps, he started growing his audience and selling the initial videos and other supplemental materials.

“I made $100 on a small list after one email. That was very motivating to do more,” Nate Dodson 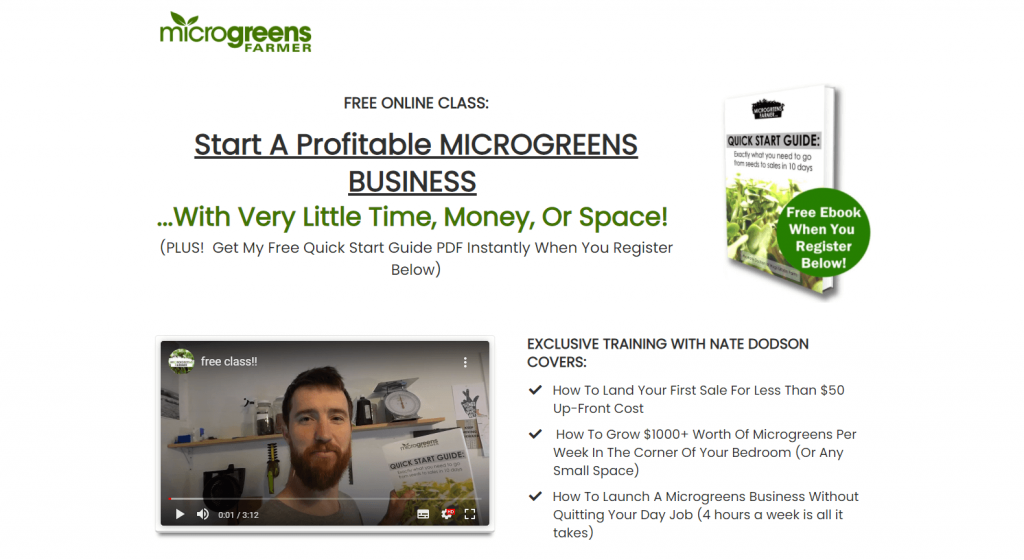 Nate doubled down on the course and spent several months recording and editing new sessions and designing the actual system. Nine months after his initial YouTube videos caught the eyes of urban farmers, Nate launched his course in 2016. The initial launch with a 1,000 person email list brought in $8,000.

More than 1,000 have enrolled in Microgreens business, and Nate has seen firsthand how his course has changed others’ lives.

“I feel so grateful every day knowing I’m helping so many people pursue their dreams, find meaningful work, quit jobs they hate, and launch their microgreens business,” Nate said.

Nate’s life has completely transformed from his first years in the field spraying weeds. He’s been able to embrace his love of the environment, help his and others’ health, and thrive financially. Nate’s course sells $40 to 50k each month – on autopilot – with the funnel he’s adapted and improved over and over again.

Although the pandemic led to a slight drop in sales, it quickly picked up with pricing adjustment.  Recently, Nate joined the ClickFunnels “Two Comma Club”, a milestone the company celebrates when customers grow their business to 7-figures.

Most importantly, Nate is able to enjoy life with his family. He creates content but only averages around 15 hours a week on his business. Finally, Nate has found his passion – the greatest success of all. 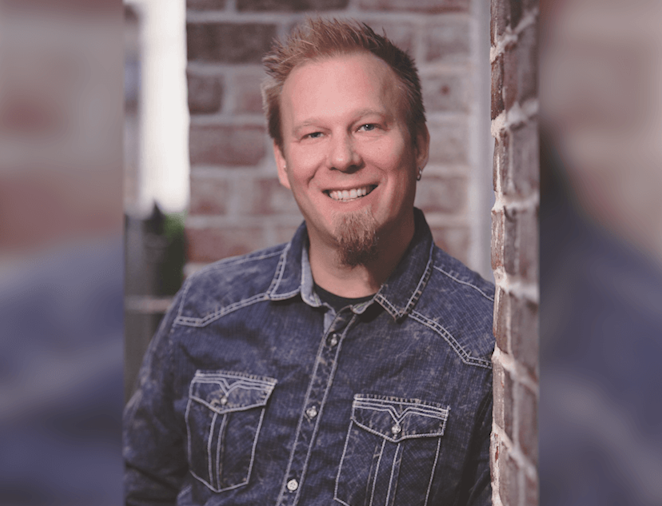 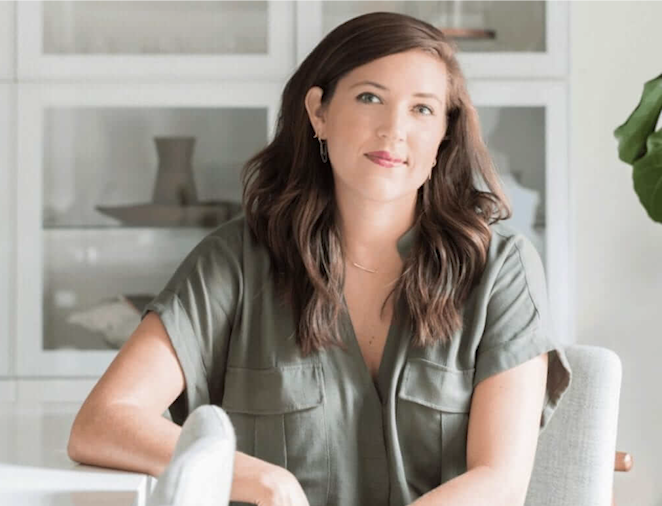 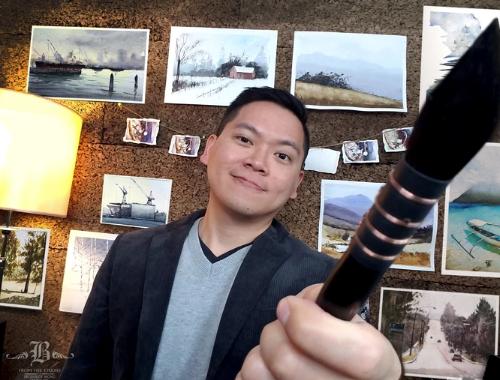 How Broderick turned his passion into passive income that allowed him to quit his day job and focus on what he loves by teaching watercolor painting online.